Capital of the region of La Garrotxa. City known for being located in the country's largest volcano, the Natural Park of Volcanic Zone Garrotxa. There are four volcanoes that highlights the Montsacopa. Its surroundings are ideal for hiking and cycling, through networks of routes or greenways Itinerànnia.

The old center of the city its known for its beauty and its business.
Noteworthy is the festival of Olot, Les Fest del Tura, declared Traditional Festival of National Interest.

The cuisine is a strength, in Olot and the region in general, being represented by the collective gastronomic Volcanic Cooking. 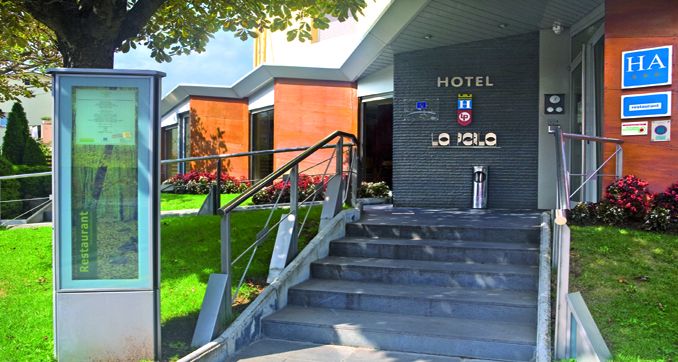 Situated in the city of Olot, within the National Park of La Garrotxa. The family-run-hotel, with great experience and up-to-date equipment, guarantees a stay in a welcoming and quite atmosphere. At a short distance from the springs, from the volcanoes, from several sports centres, as well as the city centre, it is an ideal place to enjoy your holidays.

from €72
per night
Book now 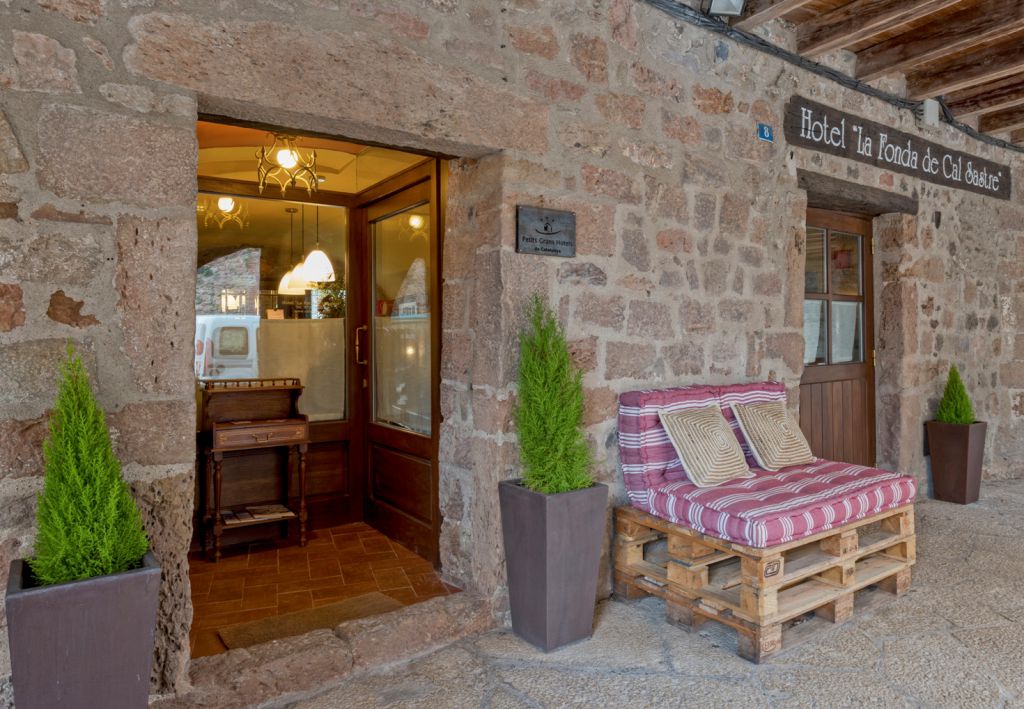 Located in front of the Medieval Castle of Santa Pau, this property is ideal for exploring the old town and enjoy beautiful landscapes.

The bedrooms at Cal Sastre, decorated in a traditional style with antique furniture. are the result of an elaborated and technical renovation of two cozy houses from the XV Century. It has been maintained a perfect harmony between the architecture and the exceptional environment of Sant Pau’s old town. All the rooms are exterior with views of the “Santa Margarita” and “Puig de Mar” volcano, as well as views of the “Sant Julia” Mountains or of the Santa Paula medieval Castle from the 13th century.

In the region of the Garrotxa you can practice outdoor activities discovering volcanic scenery and the natural park.

from €69
per night
Book now 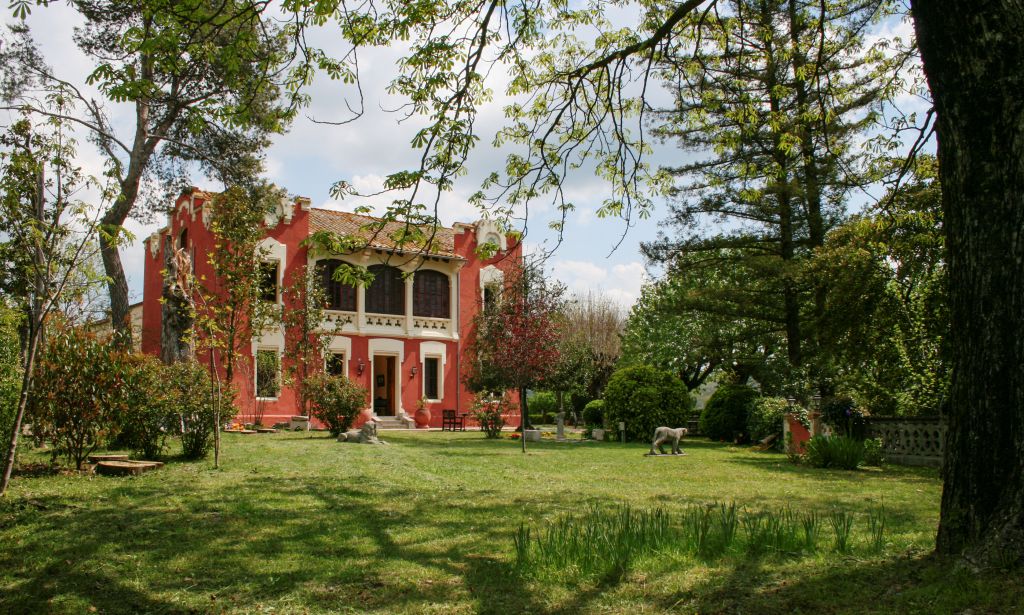 Hotel Can Garay is an Art Nouveau hotel built in 1906 and is listed as an architectural heritage site being declared as a “Hotel-Monument” by the Catalan government in 2007.

It is a family-run hotel with 6 double rooms and a family suite . All the rooms look out onto the large, centenary gardens and feature all modern-day comforts. The hotel is located just 100 meters from the Greenway (Vías Verdes) bike trail, which runs from Olot to Girona and has a secure bike parking space equipped with tools and cleaning facilities.

The hotel is situated in the village of Les Planes d’Hostoles on the edge of the Volcanic Park of La Garrotxa and the Park of Special Natural Interest, Collsacabra. Visiting this unknown part of La Garrotxa, you will discover the pleasure of walking through the magnificent oak and beech forests and stopping off to contemplate the Brugent river, its beautiful natural pools, spectacular waterfalls and the wonderful array of the colours of the forest...

from €88
per night
Book now 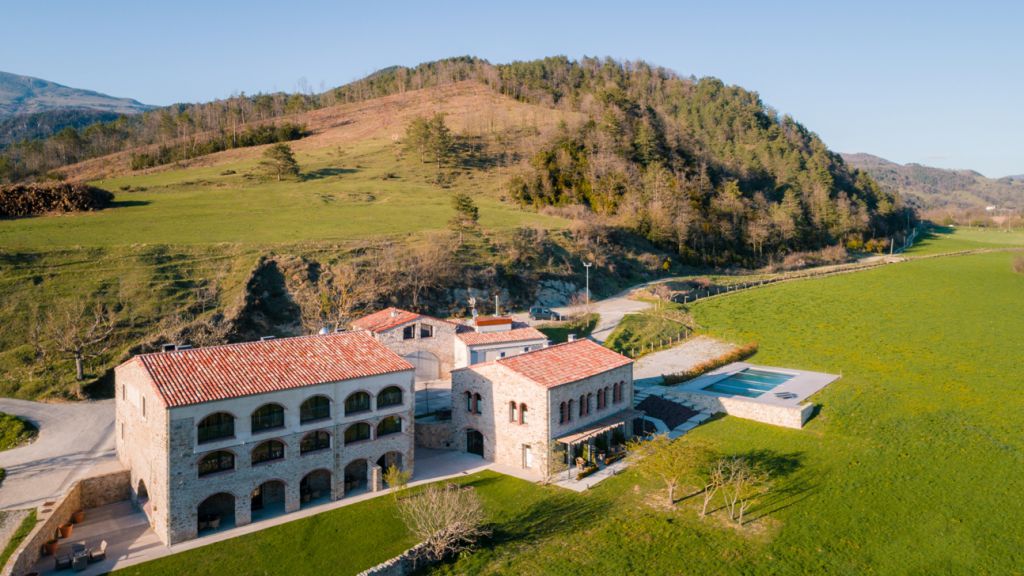 Hotel Les Planes del Grau is a completely refurbished 14th-century farmhouse, which used to belong to Sant Joan de les Abadesses Monastery.
It has 10 bedrooms, all of which have a small sitting area and a bathroom. The hotel also has a dining room, bar and living room, a large garden and an adjoining cattle breeding farm.

Located in the agricultural plain of the Ter, between San Juan and Abadesas Camprodon Plains remains a degree in a field of crops and livestock land, covered by pine forests and meadows of the Sierra Natural Guaitada and the slopes of the Sierra Cavalry. It offers an ideal space for standing, walking and horse riding or cycling in a unique place within the Natura 2000 network. 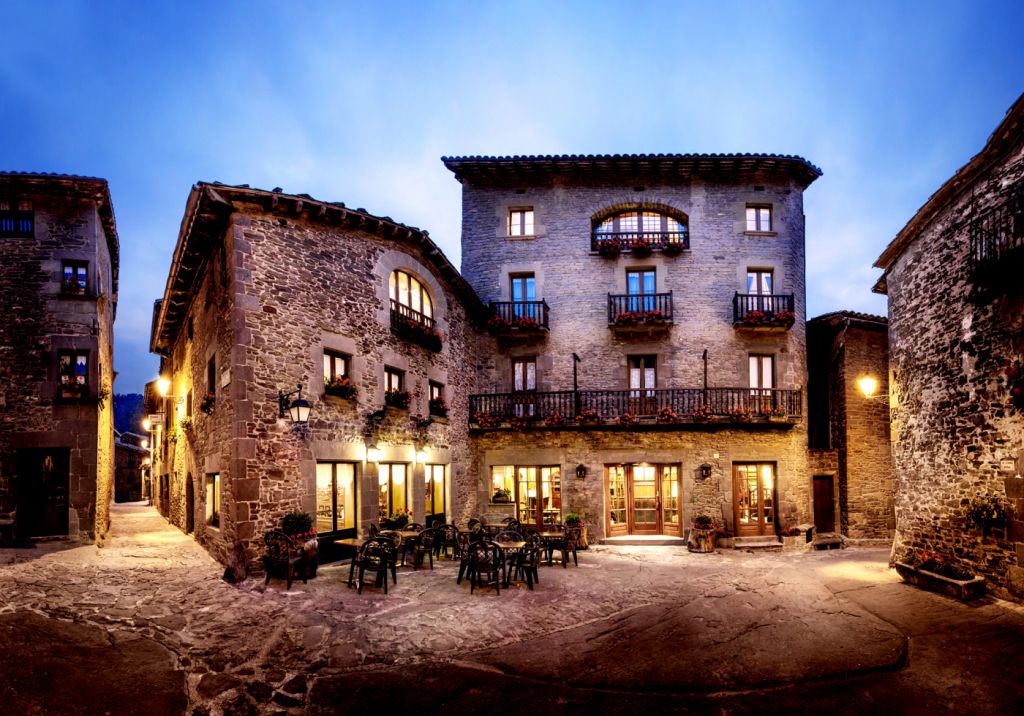 Set in a former inn with more than 70 years of tradition as a place to stay, Hostal Estrella is right in the middle of Rupit, in a beautiful natural setting, with large cliffs offering wonderful views. Rupit is a top-class tourist town, and one of the most beautiful and most visited parts of inland Catalonia.

At Hostal Estrella you will find all the facilities so that your stay will be a unique experience: 15 rustic and welcoming rooms, spoiled and cared until the last detail . Cafeteria, library, TV salon.

Our restaurant, open to all, is a place to enjoy the quality of the Catalan cuisine, made with local and seasonal products, which can be accompanied with a large selection of wines and cavas.

Casa Marcial is a recently restored hotel located in a quiet and privileged location in the historic center of Besalú. It has 12 rooms distributed in two buildings.
Not available for these dates 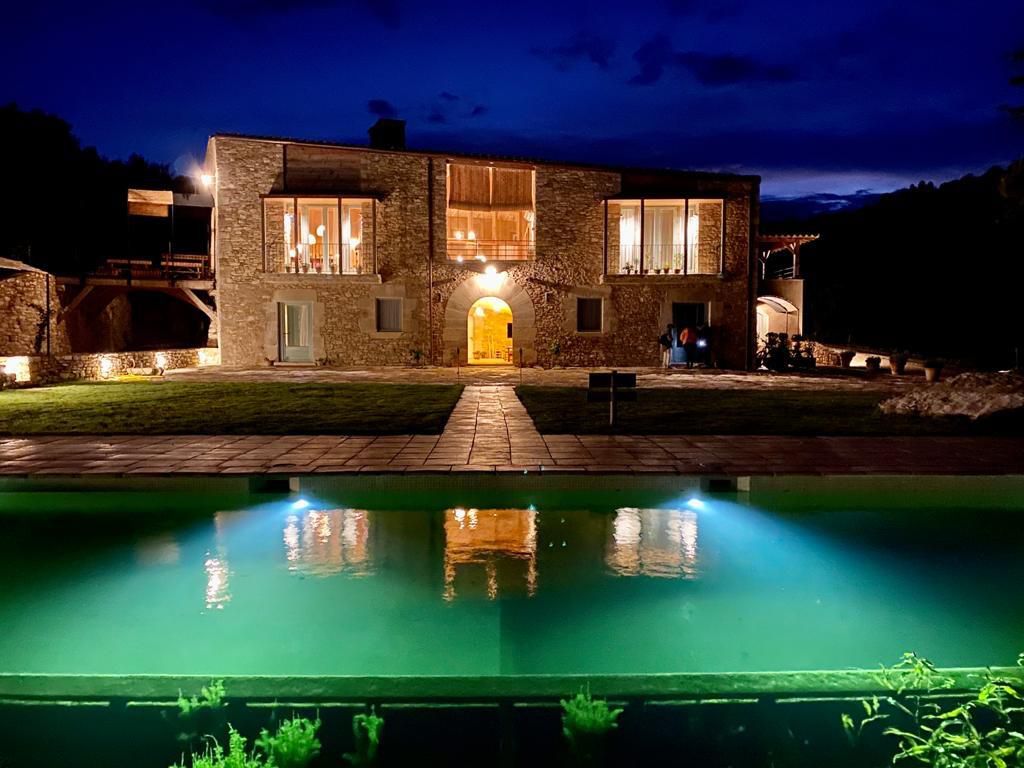 Can Buch is a rural farmhouse located in the Garrotxa, in the beautiful valley of Llémena, and restored in 2020 by artisans and natural materials.

The farmhouse is ecological and works 100% with renewable energies of the place.

We transport country life with all its traditions but with all the luxuries and comforts of the 21st century.

Plant-Based, ecological and local restaurant with an author’s menu where most of the products are made by us in the farmhouse.

The hotel consists of 7 different rooms each with high quality finishes.

The hotel has an outdoor swimming pool, a chillout, a reception, a dining room and a private indoor hot water pool (Hammam).